Modiano is a reference brand in the world of playing cards in Italy and abroad. Founded in Trieste in 1868 by Saul Modiano, the historic Italian company specializes in the production of playing cards, tarots and paper products. 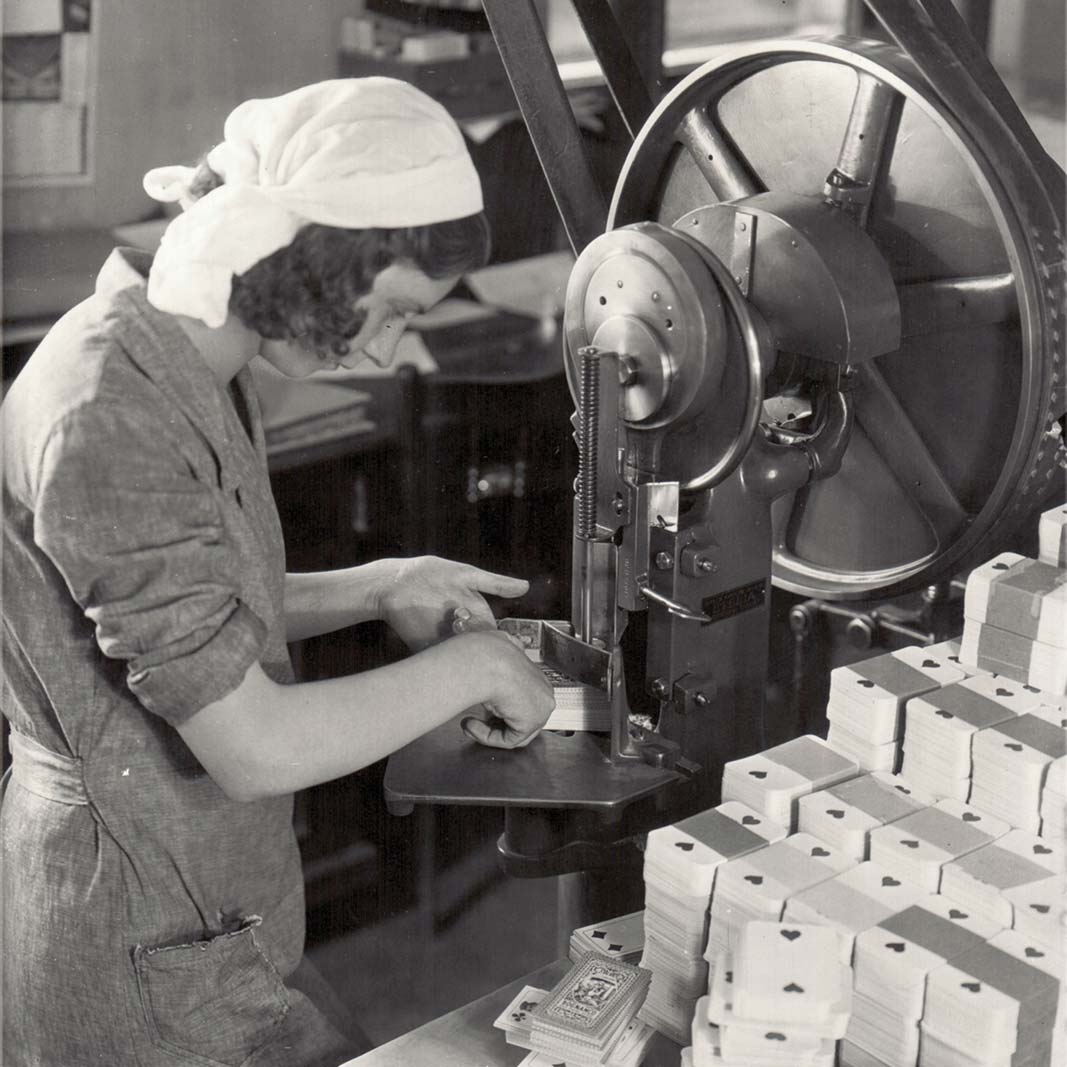 A past more than a hundred years rich in experiences in the world of paper processing, lithography, advertising graphics and finally paper converting. This is the only secret to a thorough preparation in the field of activity that makes Modiano an authoritative partner as well as an excellence of Made in Italy.

Moving between advanced technology and loyalty to tradition, Modiano works daily to continue offering children, adults and professional players a tool for sharing and meeting, a pretext to allow time together in the off-line world.

Modiano, the Italian playing cards since 1868.

Between art and business since 1868

Modiano was born in 1868 in Trieste, at the time the first port of the Hapsburg Empire. Initially focused on the production and marketing of cigarette papers with different brands, among which the “CLUB”, in 1884 it expanded the range of his products, starting a lithography that made school for artistic reproductions and for the production of playing cards. In a short time, the Modiano playing cards, thanks to the combination of art, technology and commercial skills, exceed the European standards established by tradition by the Austrians and the Germans. New establishments werw launched beyond the urban boundaries in Romans d’Isonzo, Fiume and Budapest, where a collaboration with the major artists of the Hungarian university was developed.

At the beginning of the 20th century the company specialized in the production of advertising posters and became the promoter of Italian posters using the contribution of famous artists such as Orell, Cambon, Sigon, Quaiatti, Cuccoli, Tominz, Timmel. The activity continued from generation to generation until 1987, when Modiano was acquired by Grafad, a paper industry already present on the market. Today it is known mainly for the production and marketing of playing cards, of which it is one of the main international players, also maintaining its identity as a reliable graphic partner in the world of cardboard boxes.

Technology in respect for nature

The Modiano plant works in compliance with the highest environmental and production standards. The playing cards are printed with state-of-the-art UV offset machines while the painting, finishing and cutting phases are carried out with special machinery, suitably set for a company that adds maximum protection and excellent sliding to our cards. Finally, a high degree of automation in production departments facilitates order processing and ensures fast delivery times. In respect of nature, Modiano holds FSC certification since 2013, committing itself to guaranteeing the provenance of the raw material used by forests where strict environmental, social and economic standards are respected.

Search by product name or code

You can find out more about which cookies we are using or switch them off in settings.

This website uses cookies so that we can provide you with the best user experience possible. Cookie information is stored in your browser and performs functions such as recognising you when you return to our website and helping our team to understand which sections of the website you find most interesting and useful.

If you disable this cookie, we won't be able to save your cookie preferences. That means that every time you visit this site you'll need to enable/disable your cookie choices again.

This website uses Google Analytics to collect anonymous information such as the number of visitors to the site, and the most popular pages.